I’m an actor and playwright based in Chicago, IL. I’m a member of the artistic ensemble at Lifeline Theatre, a member of the Dramatists Guild, an Equity Membership Candidate with Actors’ Equity, and a member of SAG-AFTRA.

My original Sherlock Holmes pastiche Miss Holmes, originally produced by Lifeline Theatre, is available through Dramatic Publishing. My adaptations of The Count of Monte Cristo by Alexandre Dumas and A Tale of Two Cities by Charles Dickens, also originally produced by Lifeline Theatre, are published by Sordelet Ink, and are available for purchase through Amazon and Barnes & Noble. Other plays include an adaptation of The City & The City by China Miéville, and a musical adaptation of Soon I Will Be Invincible by Austin Grossman, written in collaboration with composer/lyricist Christopher Kriz. I was nominated for a Jeff Award in 2014 for A Tale of Two Cities, and my radio play Fracture Zone won the coveted Bloody Axe Award in WildClaw Theatre’s 2014 Deathscribe Festival of horror radio plays.

As an actor, I’ve been lucky enough to perform with a number of Chicago companies including Steppenwolf Theatre, Lifeline Theatre, the House Theatre of Chicago, A Red Orchid Theatre, Strawdog Theatre, Griffin Theatre, and the Factory Theater Company. I’ve also made it to the small screen a couple of times, with appearances on Chicago Fire (NBC) and Betrayal (ABC). Favorite roles include Abraham Pride in The Hammer Trinity, Sgt. Jackrum in Monstrous Regiment, Porthos in The Three Musketeers, Bigwig in Watership Down, and Mr. Vandemar in Neverwhere.

Originally from Muskegon, MI, I moved to Chicago to study acting at Columbia College. I make my home on the city’s North Side with my wife Mandy. 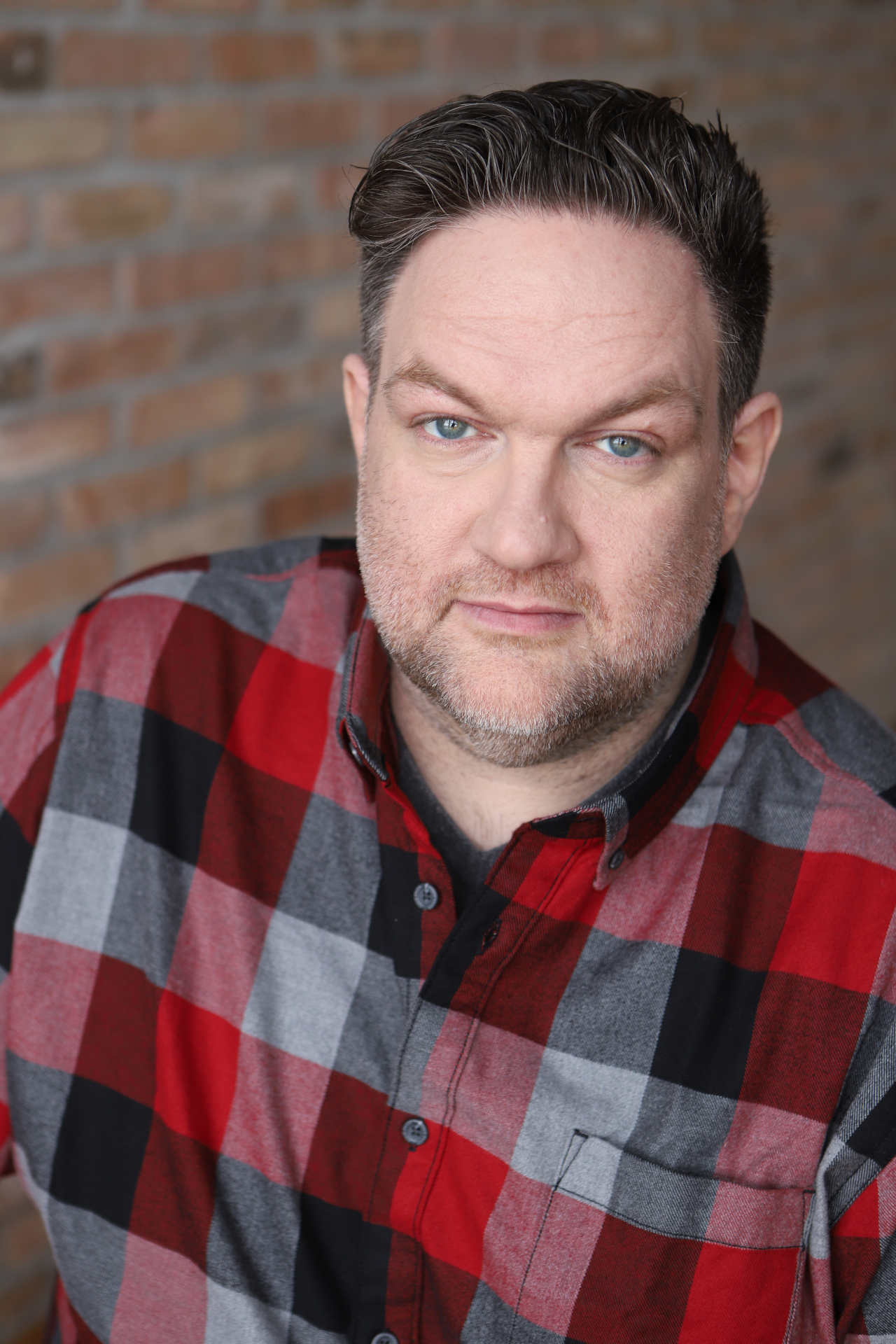