The City and The City

Adapted from the Hugo Award-winning novel by China Miéville

In a place where seeing what is right in front of you can be a serious crime, Inspector Tyador Borlú of the Besźel Extreme Crime Squad must solve the mystery of a young woman’s murder. His investigation will bring him face to face with the fringe groups who simmer with hatred for each other beneath the surface of Besźel and her sister city, Ul Qoma, all the while risking retribution from the secretive entity that maintains the border between the two. 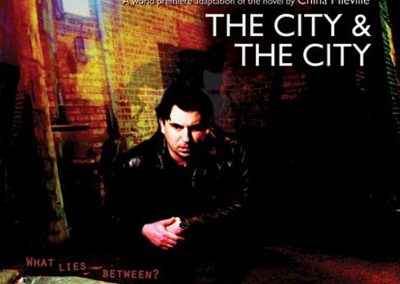 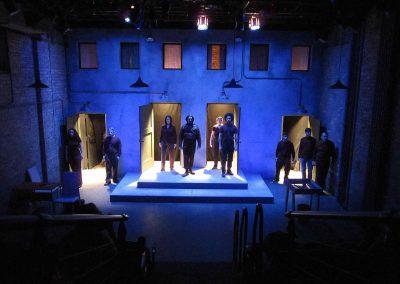 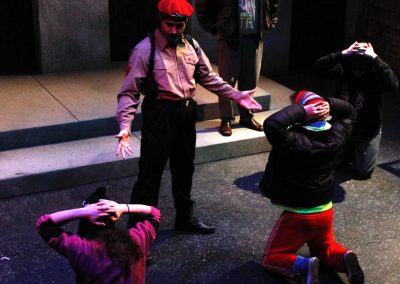 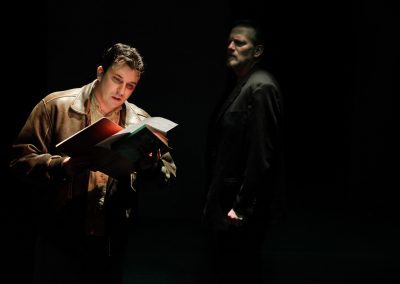 “4 STARS… Several fans of the book have asked me with incredulity in recent weeks how it could possibly work onstage; the answer is, pretty impressively. Adapter Christopher M. Walsh smartly compresses the cast of characters so they can be embodied by ten versatile actors… An enjoyable potboiler with a unique twist, The City & the City is a great place to visit.” – Kris Vire, Time Out Chicago

“Everything from the way characters walk and do or do not make eye contact with each other to the way the illusion of various languages being spoken is evoked has been well thought out, contributing to an overall effect of both cerebral thrills and visceral danger… The play draws us so deeply into this world that at times we feel an absolute chill at the way our own perceptions have been altered.” – William Shunn, Gapers Block

“Bringing this cross-hatched manhunt to the stage was initially the work of adapter Christopher M. Walsh, who has distilled – or perhaps the word is processed – Miéville’s novel with a sure sense of cohesion amid the froth of complexities and the punctuation of surprises.” – Lawrence B. Johnson, Chicago on the Aisle