In a time and place where gender roles are rigidly defined, Dr. Dorothy Watson and Miss Sherlock Holmes dare to challenge societal norms by providing a necessary, if unconventional, service. Inspired by the works of Sir Arthur Conan Doyle, this theatrical “fan fiction” re-examines the world of Holmes and Watson, exploring the added challenges and risks faced by these two iconic characters if they were women. 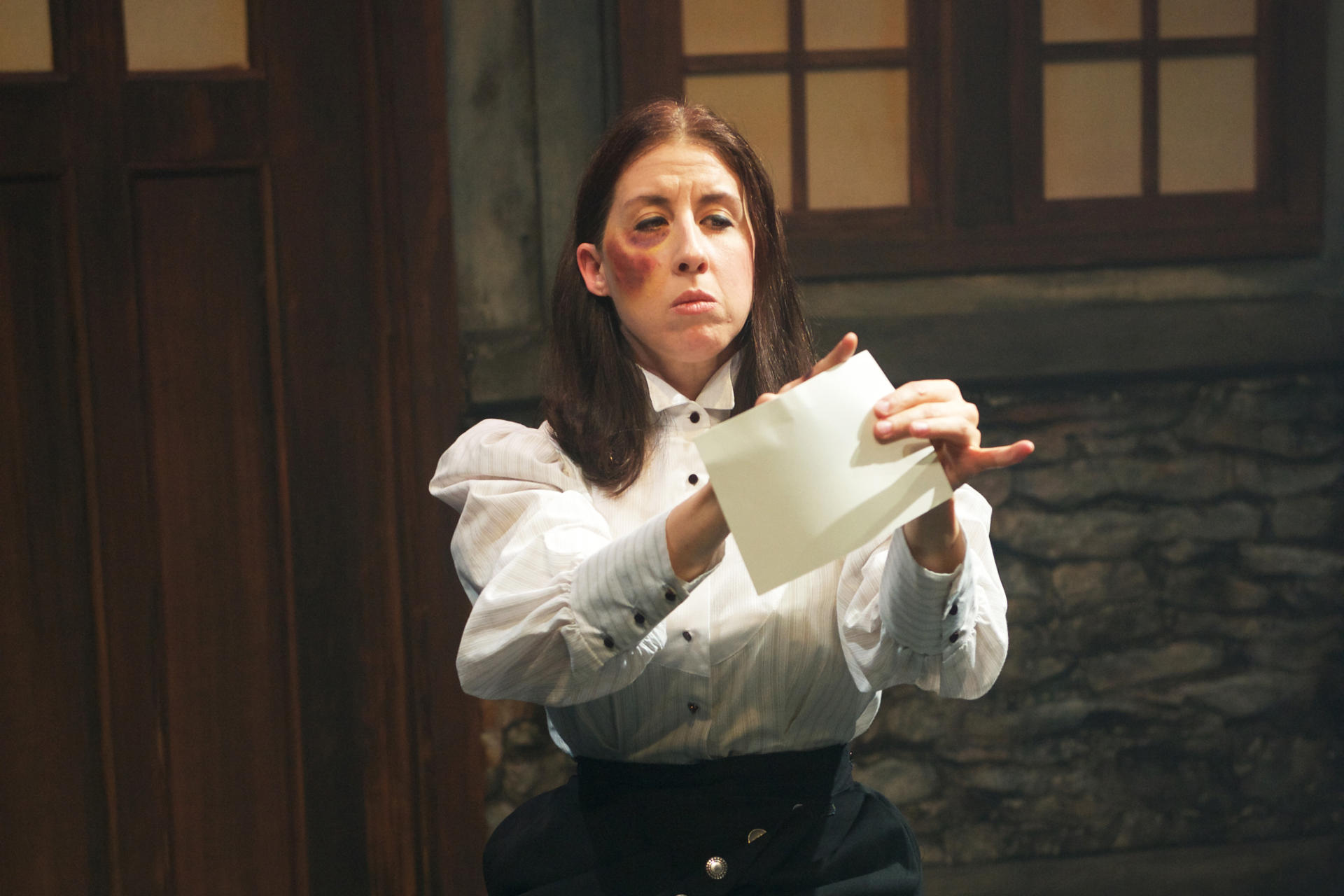 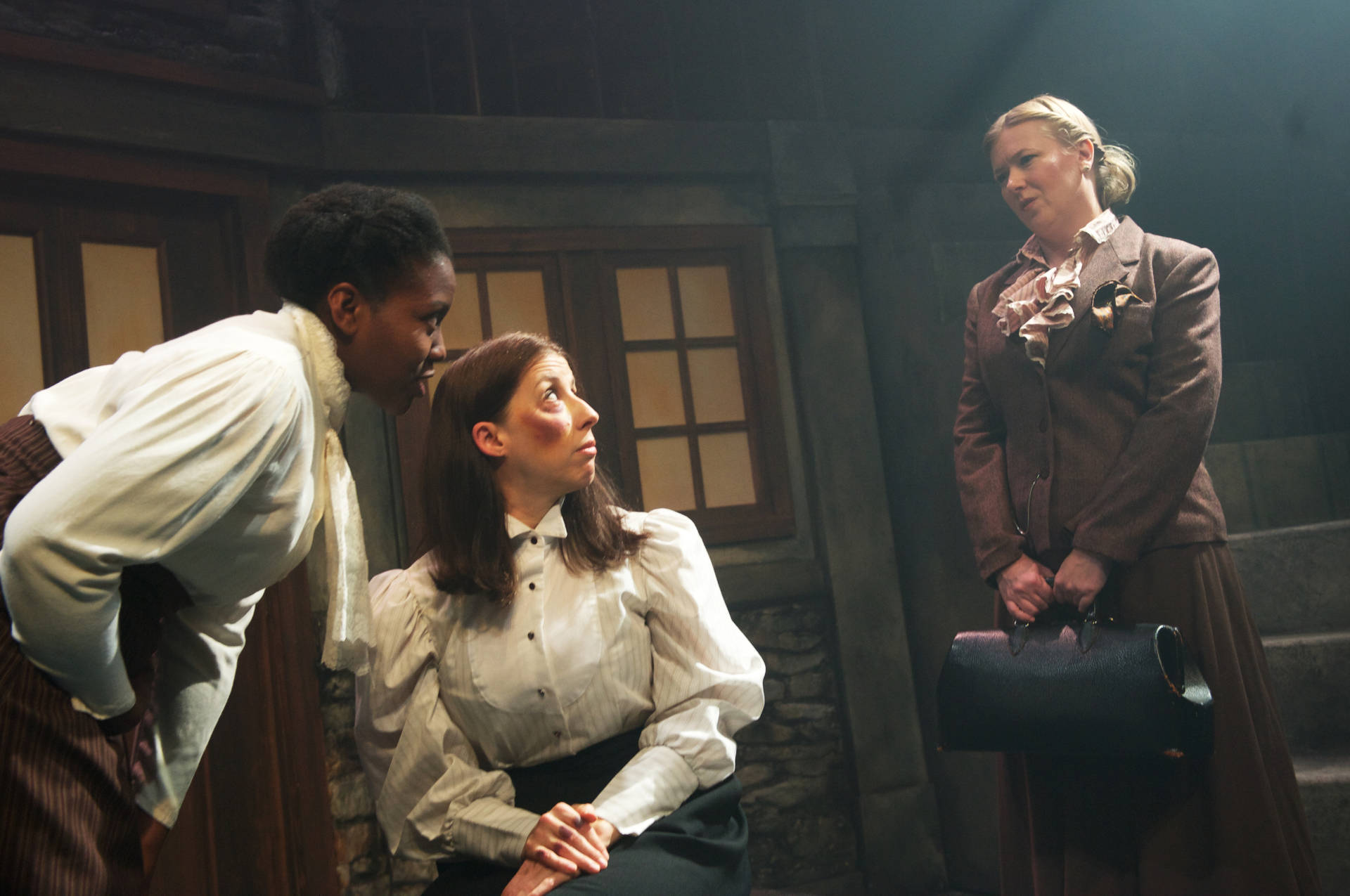 “All the wit, mystery, and dynamism … and a decidedly feminist take on that familiar tale.” – Chicago Theatre Review 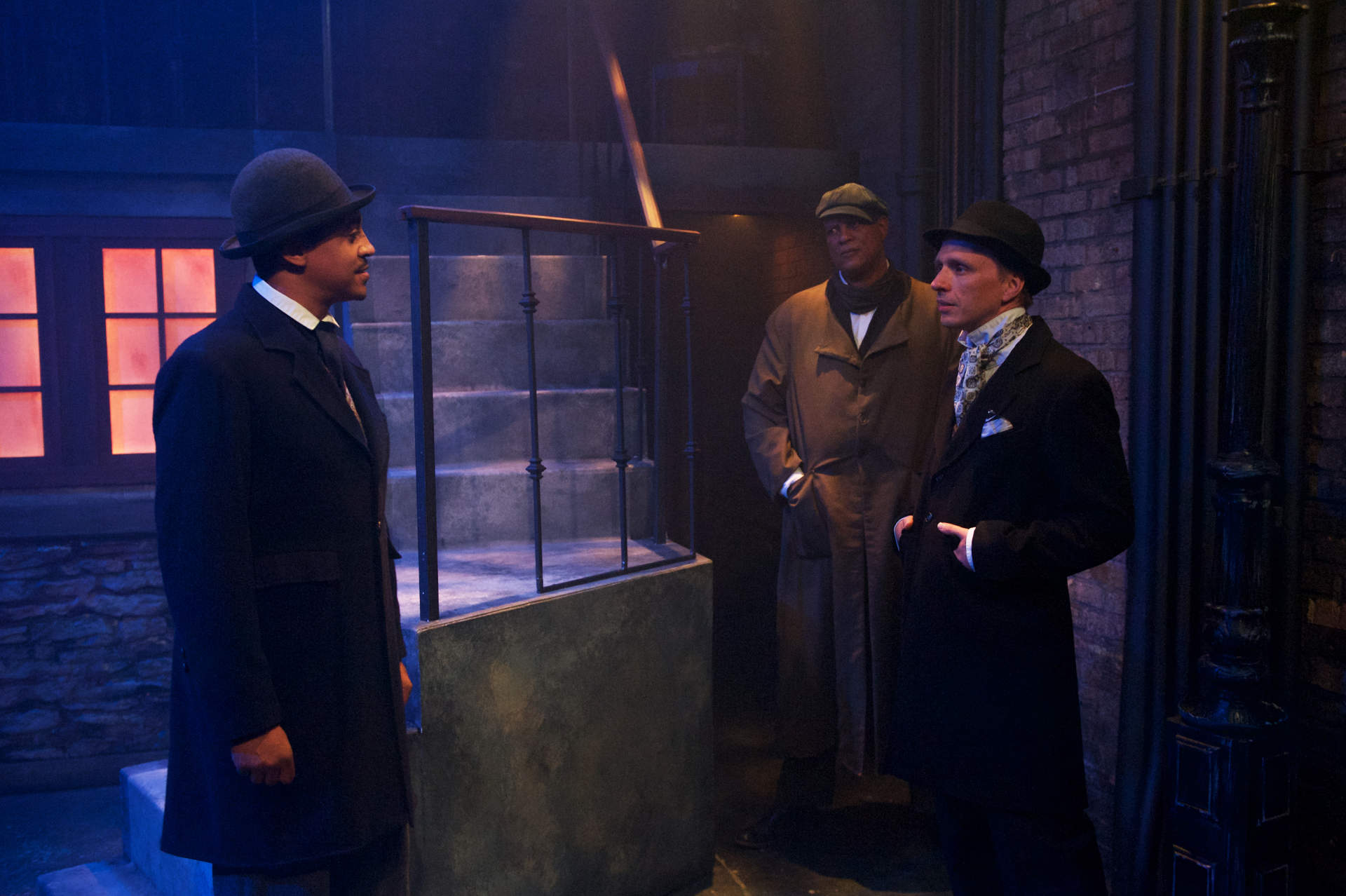 “[Walsh] changes the key characters’ gender. Miss Holmes is therefore largely concerned with Victorian patriarchal oppression, but Walsh has concocted an exciting mystery to accompany it.” – Around the Town Chicago 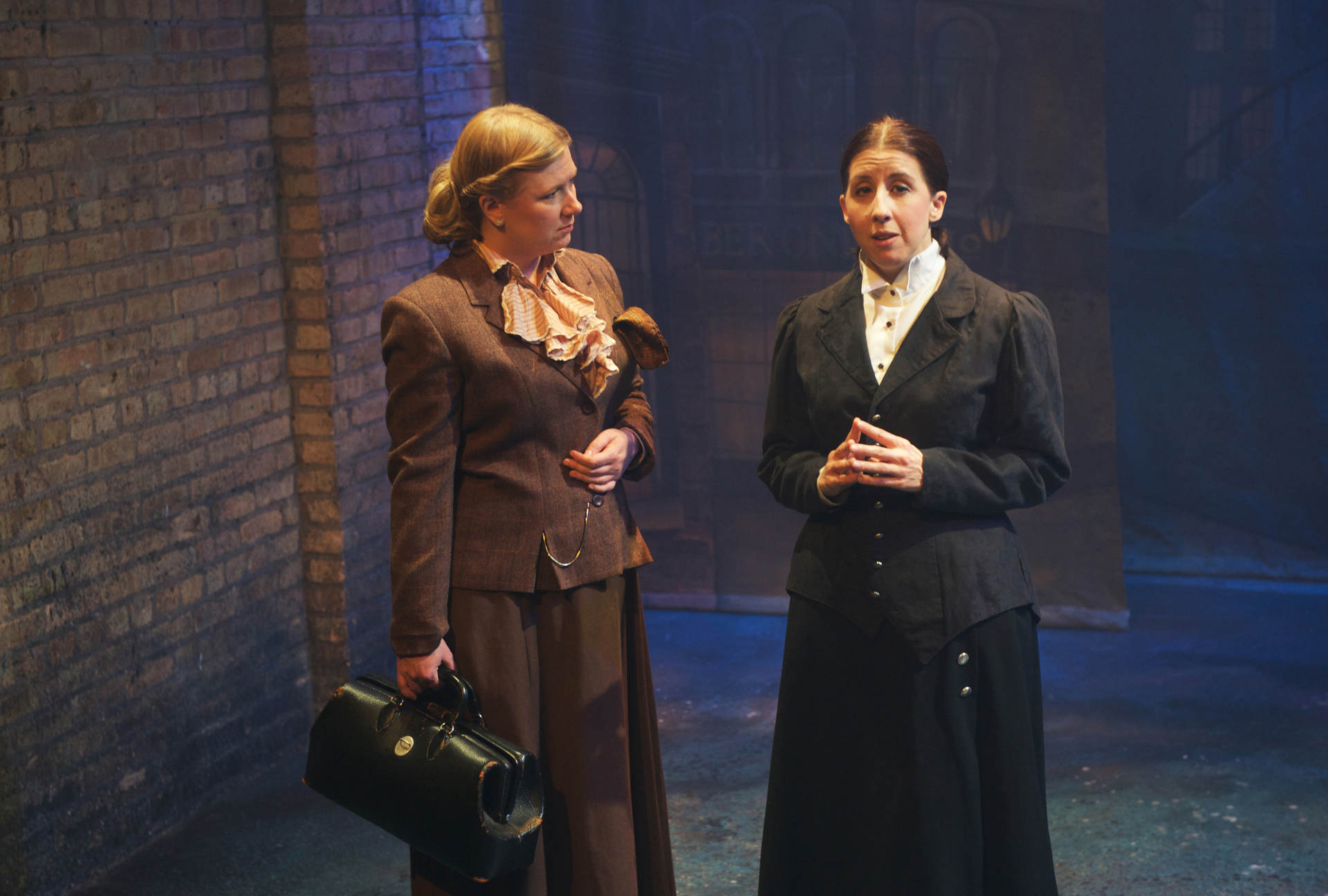 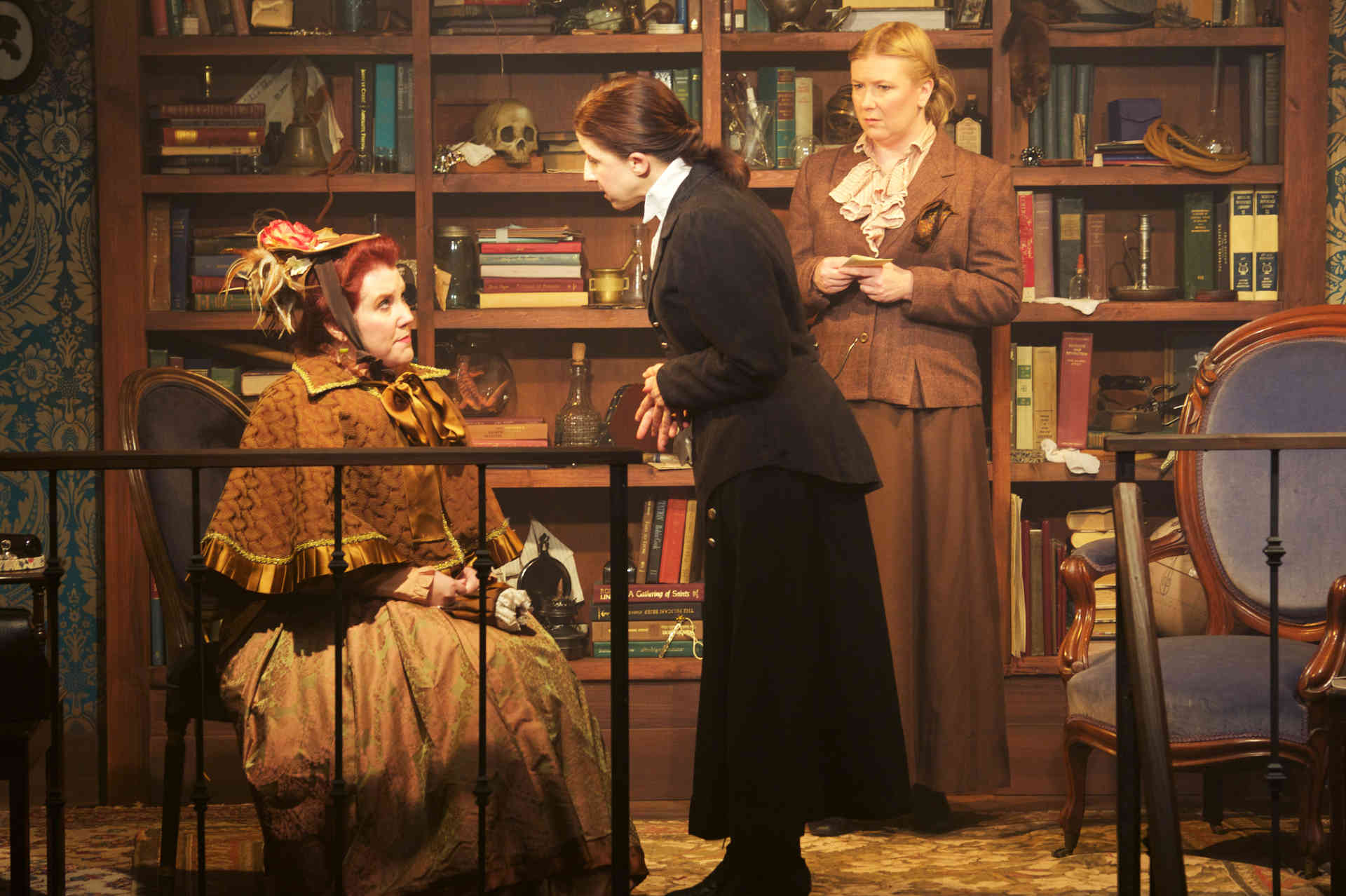 “Being the world’s greatest detective is even harder when one is metaphorically doing it backward and in high heels.” – Chicago Tribune 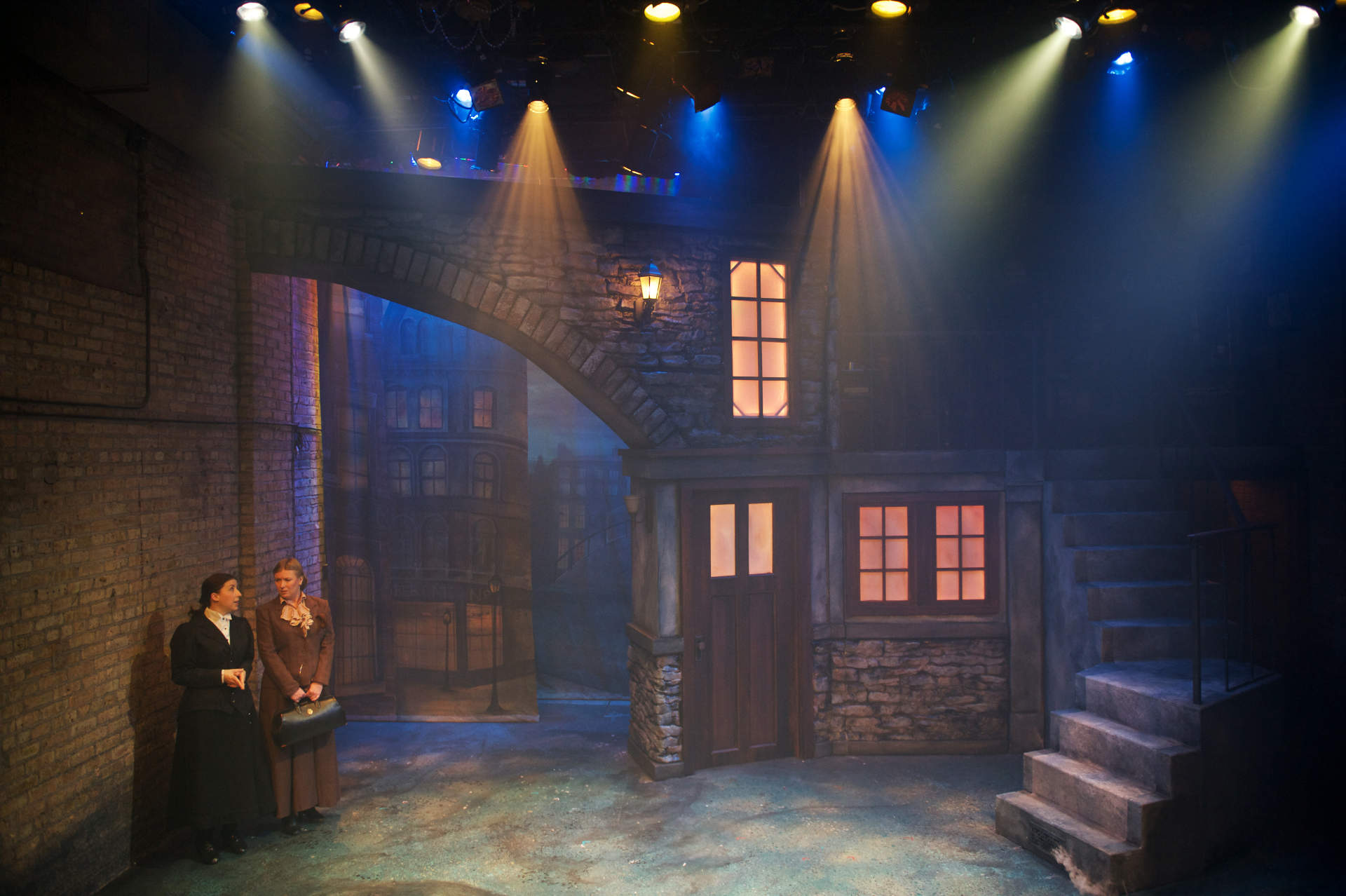 “Features numerous twists and turns, with the ultimate revelation being one of pure joy … with grisly undertones.” – Chicago Theatre Review 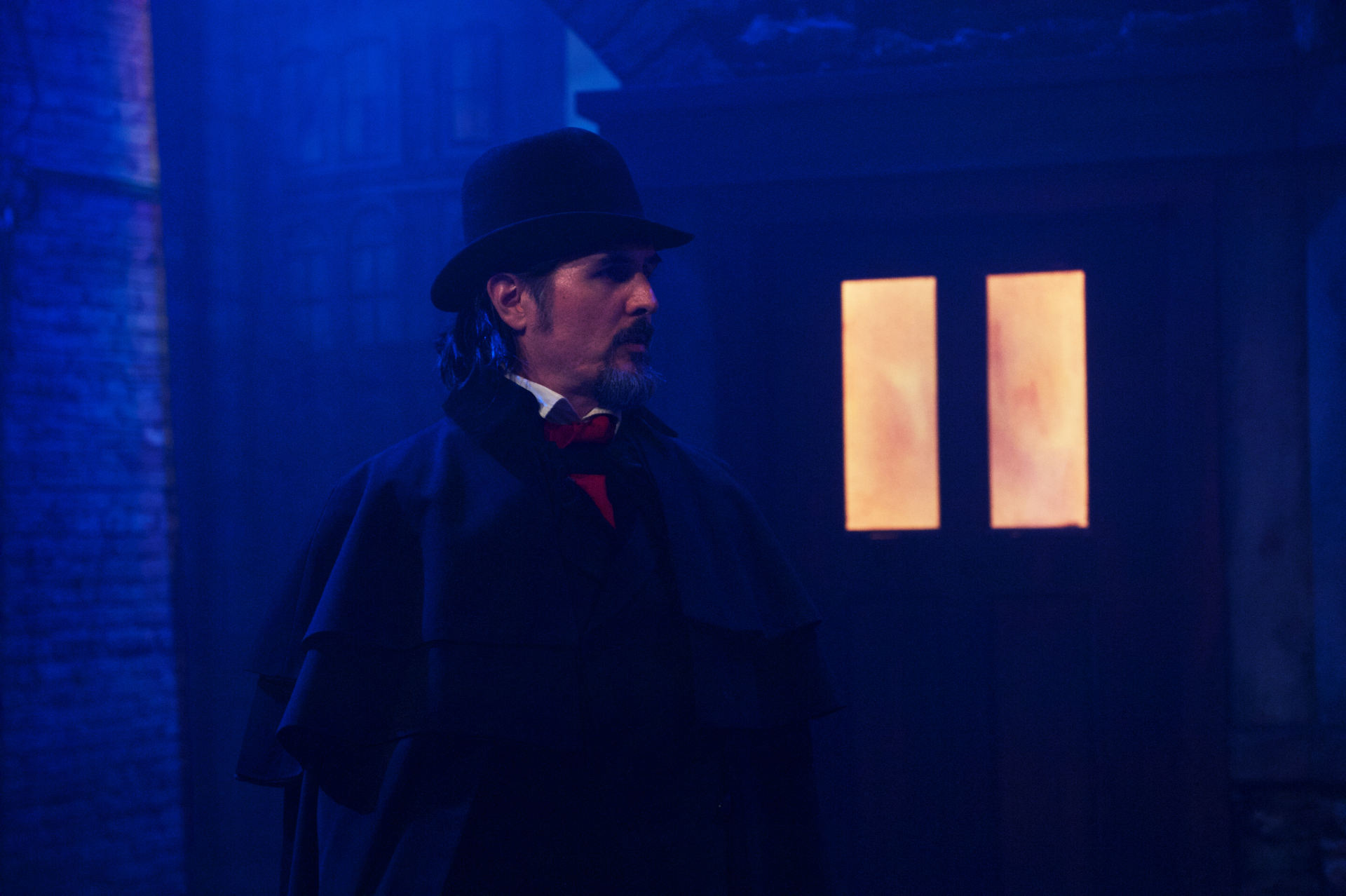 “For the many fans of the great detective, Miss Holmes is a true delight—expanding and commenting on the original, while adding its own twist.” – Around the Town Chicago 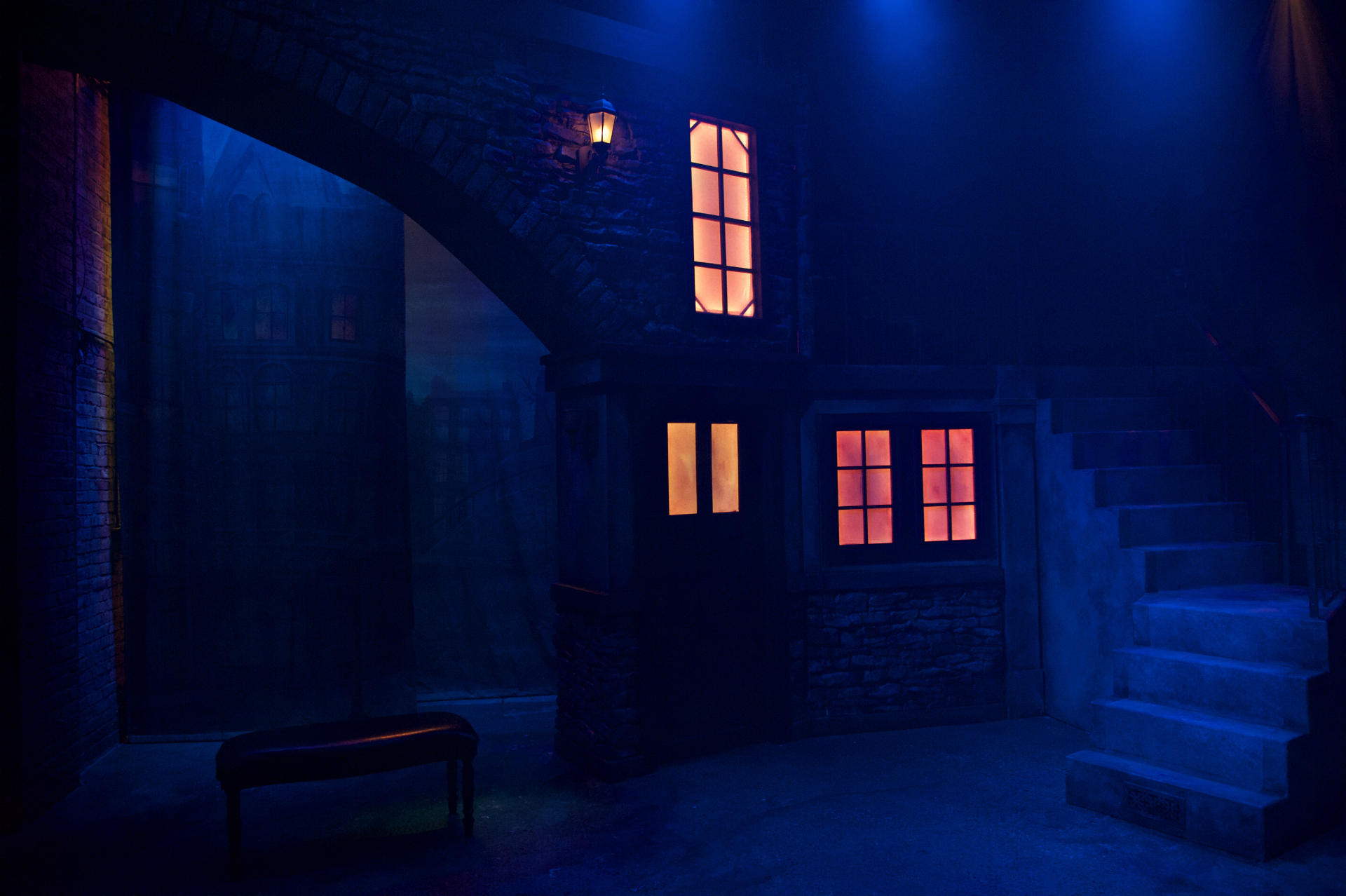 “Positively crackles with energy and delights in its commentary on Victorian England.” – Chicago Theatre Review 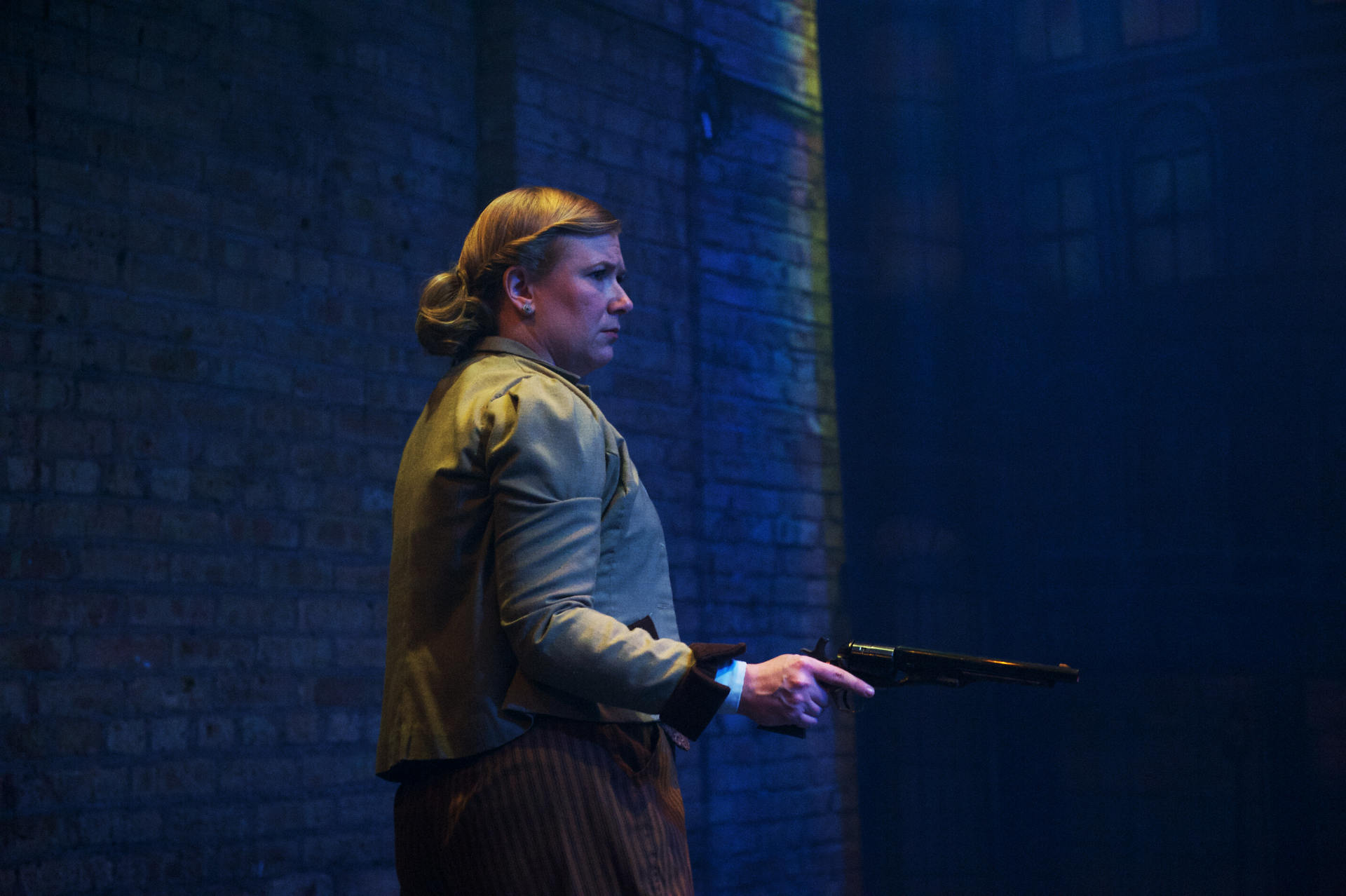 “A smart, fast-paced Sherlock Holmes with a twist!” – Chicago Critic

“Christopher M. Walsh’s ‘Miss Holmes’ offers a cunning and highly enjoyable gender-bent take on Sir Arthur Conan Doyle’s maddeningly brilliant detective. … Walsh manages the tricky task of providing both old-school fan service … and feminist insight. If you peek into the narrative corners, you can see shadowy suggestions of everything from the Jack the Ripper slayings to Charlotte Perkins Gilman’s ‘The Yellow Wallpaper.'” – Kerry Reid, Chicago Tribune

“A wildly winning world premiere from Lifeline Theatre that injects fresh life into the Arthur Conan Doyle oeuvre through the simple expedience of making Holmes and Watson both female. … Playwright Christopher M. Walsh unearths new resonances in familiar aspects of the Holmesian world, all while remaining loyal to what the world has found compelling about Doyle’s stories for so many years. … It’s fun, it’s thoughtful, it’s compelling and empowering and unexpected.” – Allison Shoemaker, Time Out Chicago

“Courtesy of Christopher M. Walsh, whose adaptation of ‘A Tale of Two Cities’ was sublime, ‘Miss Holmes’ never overplays its feminist politics, preferring instead to slowly build how disadvantaged Holmes and Watson are as intelligent, independent women in a society that so clearly does not value such attributes.” – Peter Thomas Ricci, Chicago Theatre Review

“The playwright, Christopher M. Walsh, should particularly be commended. He has captured both Holmes and Watson’s characteristic ways of speaking and translated them to an entirely new mystery. One that is engaging and contains a twist or two and uses the fact that the main characters are now women to further the action and the plot. The gender-swap is not a bug, it’s a feature.” – Suzanne Magnuson, Splash Magazines

“Walsh’s script carefully balances the need to establish the female characters’ place in the world with the particulars of the mystery, and he is able to connect the themes of sexist oppression with the case quite smoothly. Of course, this being a Sherlock Holmes story, the truth of the case is quite a bit more complicated than any easy, pat didactic. For the many fans of the great detective, Miss Holmes is a true delight – expanding and commenting upon the original, while adding its own twist.” – Jacob Davis – Around the Town Chicago

“Walsh creates a female Sherlock Holmes and Dr. Watson that were not simply females playing the men but new characters who were burdened with most of the prejudices, societal limitations, and female rebellion were not tolerated in 19th Century England. … Playwright Walsh weaves all the smart observations by Holmes with the unique observations by Watson that Sir Arthur Conan Doyle would appreciate to establish a new mystery. Add a Holmes-style plot and this new work appeals to mystery lovers.” – Tom Williams, Chicago Critic

“Walsh’s detective story is smart, sophisticated and droll. Even without the female slant, we would be more than satisfied with this Sherlock adventure. Yet, looking at lady sleuthing from a 19th century perspective cleverly adds layers of depth to these familiar characters. … There is so much to love in MISS HOLMES that I want more! Encore! Series! When is the next installment, my dear Walsh?” – Katy Walsh, The Fourth Walsh