Why I Should Be In the Marvel Movies

I am an actor– WAIT! DON’T STOP READING YET!!! Let me try this again.

There is a character in the Marvel universe named after me, and I think you should cast me to play him… me… him. Please let me explain.

Christopher M. Walsh first appears in Invincible Iron Man #8. He is a HAMMER agent, working for Norman Osborn. Agent Walsh is a minor character who has appeared in a handful of issues since then. I have fairly good reason to believe that this character is named after me.

Invincible Iron Man was written by Matt Fraction. “Matt Fraction” is the pen name of Matt Fritchman. Matt Fritchman lived about a block from my house when we were around eight years old. We were best friends for a few years, until his family moved out of town. During the time we knew each other, our lives were entirely consumed by Star Wars, Legos, GI Joe, and comic books. We even once attempted to write our own comic book. I lost interest, but it apparently stuck for Matt.

Matt and I lost touch and haven’t spoken in almost 30 years, except for one brief exchange over MySpace in the mid-2000s, shortly after I figured out that the Matt whose books I’d been reading was the same as the Matt with whom I discovered my inner geek all those years ago. It was not long after that brief exchange, however, that Christopher M. Walsh first appeared in print.

So, I can’t prove my hypothesis – at least, not without getting a hold of Mr. Fraction and asking him point blank, which just sounds awkward – but the circumstantial evidence is pretty convincing, don’t you think?

I have no actual expectation that you are going to drop everything and insist I be written into the next Avengers movie or Netflix show. That would be crazy talk. Frankly, I would be thrilled to learn that you even got a chance to read this. But on the off-chance that you do read it, and for some reason you find a place for that random character in one of your projects, I hope you’ll remember this letter. I actually am an actor. I’m based in Chicago and most of my work is on stage, although I did manage a couple of small roles on recent episodes of Chicago Fire and Betrayal, both shot here.

I should also point out that this isn’t the first time I’ve posted this. I first made the connection a few years ago and addressed a similar post to Joss Whedon. It amused me to re-post it once a year or so. But now that Mr. Whedon is no longer working on the MCU, I figured it wouldn’t hurt to actually address this to the man in charge. 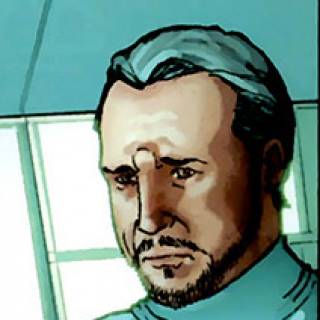