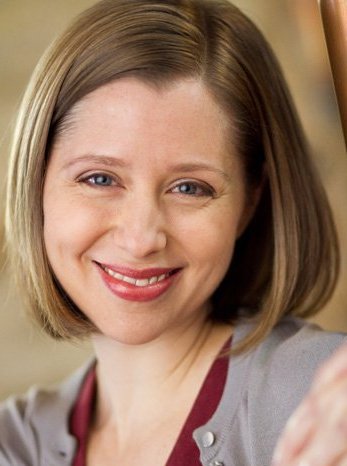 I just spent the last half hour scrolling through my Facebook feed. It is filled with tributes to my friend Erin, who passed away yesterday after a mighty battle with cancer. It is not extraordinary that she lost. It was extraordinary the way she fought so hard for so long. Mandy and I saw her perform on stage just a month ago. At that point she’d been undergoing treatment for over half a year. It was apparent then that her disease had taken a toll, but it had not diminished her talent, or her love for her art.

Erin was a fellow company member in A Crew of Patches. She played Lady Capulet in R&J, the 1st Witch in Macbeth, and Portia in Julius Caesar. Her Portia was heartbreaking to watch. In Macbeth she doubled as the Gentlewoman in the sleepwalking scene, which made it the longest scene she and I had together. I play the bumbling Doctor in that scene, and Erin had perfected the look that reads, “What kind of idiot are you?” The car rides back home from Patches shows were always filled with conversations about music, and books, and silly games like, “Use a movie title to describe your last bowel movement.” Erin once told me after a run of Julius Caesar that she liked seeing me playing Caesar, and thought it was a good role for me.  Erin was not one to blow smoke. If she gave you a compliment, it was because you’d earned it. I felt like I’d won an Oscar.

On top of being a gifted actress and opera-trained singer, Erin was an exceptional writer. She chronicled her fight in her blog, The View From the 21st Floor. I hope you will take some time to read a few entries and see for yourself just how brilliant, brave, talented, and beautiful Erin was.

Erin entered hospice care a little less than a week ago. I saw her on Friday and told her about how the Patches shows had gone that week. I’d like to think she heard me, and that she was amused. Mandy was one of the friends at Erin’s bedside yesterday, and… well, that’s Mandy’s story to tell. It’s kinda funny, and involves swearing, which Erin would surely have appreciated.

Goodbye, my friend. We love you very much. We miss you terribly.