The Reviews are In for Bloody Bess

We’ve received quite the positive reaction from the critics. A small sampling:

“[Director and fight choreographer Geoff] Coates takes a visceral, ultrarealistic approach to staging the violence so that it seems both surprising and remarkably immediate.” — Time Out Chicago

“The highlight is the fight choreography done with real swords brandished with delicious malice.” — Centerstage

“The ensemble displays their machismo and their fighting skills. The gusto of this play dominates. It is light hearted and spirited.” — ChicagoCritic

And if that isn’t reason enough to come see the show, then check this out: 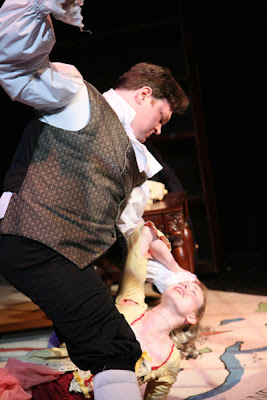 Yeah, that’s me. What? I don’t see the problem.